"Don't say that!  It's offensive and sexist!"

"Better.  Still offensive, but less sexist.  Damn, it's good to be back here!"

"But Damn it's good to be back here!  Falls Creek Falls on Thanksgiving weekend!  Nothin' better!  Maybe that over-dramatized it a bit, but I really didn't now when I'd be able to do this again.  And now - it's like reopening a book to the same page where you left it.  Damn!" 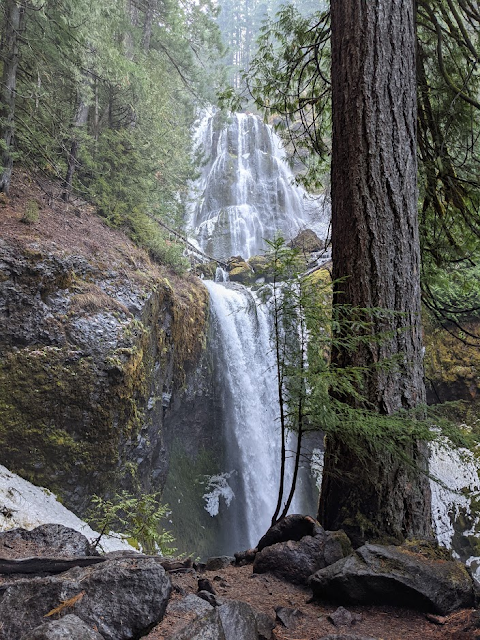 A little motion picture capture:
Posted by Michael Newton at 8:37 PM No comments:

I've been baking cookies much of my adult life.

This arrangement made the most sense to me pretty much from the start; you can get the most cookies in the pan, with the least risk of them expanding into one another.

I probably counted them occasionally – especially if I was baking multiple pans, and wanted a running total.  But I never gave it any thought until the other day.

Then a light went on!

I always thought bakers were just being generous. 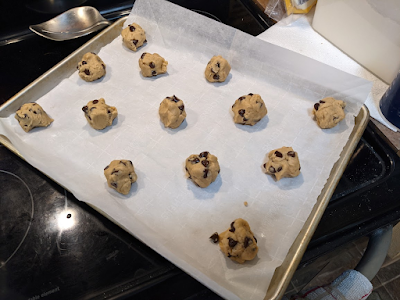 Posted by Michael Newton at 8:46 AM No comments:

Seek the company of those who focus on the people, places, and things that they love, and you will nurture your soul with warmth and delight that will stay with you through the coldest, darkest times.

Thank you, Larry and Mel, for blessing my home.  And thank you to those who helped me welcome Larry and Mel back from their summer in Turkey (er ... Türkiye) <3

Posted by Michael Newton at 10:00 AM No comments:

Para- is an interesting prefix - whose meaning is better understood when we look to the original French.

The French word for falls is chute; a parachute protects us from falls (a 'serious' fall - like from an airplane),

The French word for rain is pluie; and what we call an umbrella, they call a parapluie.

Who can envision a Belle Epoch painting of people enjoying the day in a French park without the lovely mademoiselles holding parasols - protecting their delicate features from le Soleil - the Sun.

One then wonders from what a para-legal protects us.  And a para-medic?

Posted by Michael Newton at 9:24 AM No comments:

Normal is pregnant with awful.
- Brian Doyle, One Long River of Song

The late Oregon author, Brian Doyle, had a way of condensing complexity into a short, pithy few words, or crafting a multi-channel parable of society to fit within a small coastal community; perhaps even a fishing boat.

Normal has always held the potential for joy, while being quietly pregnant with awful.  Modern science and societal institutions have done wonders in reducing or eliminating many sources of awful, through advancements in medical care, education, and vastly improved communications.

But progress has been uneven, and many of the consequences unanticipated.  We enjoy highly-effective medical interventions, which can mitigate a broad range of illnesses and injuries.  But, for many in our society, this healing often comes at the cost of a lifetime's savings, and a descent into inescapable debt.  Our abandonment of governmental support means that those who seek a better life through higher educational also often find themselves saddled with years of debt.  Advancements in medicine, food production, and technology have allowed hundreds of millions of people a chance to attain the lifestyles previously available to only those in the most affluent of countries.  But the material goods they now seek accelerate the depletion of natural resources, and generation of waste, including greenhouse gases that are changing climates worldwide.

In our country, we have an uniquely dreadful version of awful that lurks within the quotidian.  An assortment of weapons that have been developed to defend our country are now sold indiscriminately to consumers, with no regard for the very real devastation they routinely wreak upon innocents.  Church-goers, shoppers, high school, and even grade school students and their families so often now have normal days punctuated by incomprehensible butchery, that we risk becoming numb to it.  Though the individual manifestations are random, the industry that markets the weapons targets troubled young men, who fantasize about the glory of battle - only to live out and impose their fantasies on unarmed, helpless strangers.  Of all the versions of awful that emerge regularly from the normal, this is the most preventable and the least forgivable.

Posted by Michael Newton at 5:38 PM No comments:

Cowards die many times before their deaths;

The valiant never taste of death but once.

Posted by Michael Newton at 9:39 AM No comments:

Why do we delay happiness for the future - when some perceived obstacle is removed; we’ll be happy as soon as we get in shape, lose some weight, get a promotion, learn a new skill – maybe get married to ‘Prince Charming’, or ditch the creep who turn out to not be so charming?

Maybe we think about how much happier we will be after a knee replacement or two.

But, as with many things, happiness is a habit - a learned skill, which requires practice.  It’s great to have goals, but if we don’t train for happiness now, we won't sharpen those skills, and may not get good at it. If we're not actively looking, we may not see opportunities along the way, and are less likely to be ready to fully embrace happiness when our obstacle is removed.  When we practice happiness on the little things along the way, we are better prepared to more fully enjoy its rewards.

We may even find that the obstacle was only in our minds all along.

Posted by Michael Newton at 9:15 AM No comments: 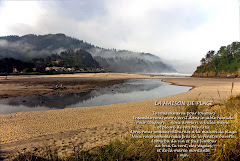